About 2.5weeks ago I was ridiculously sleepy in the middle of the day, couldn’t think and was basically wiped out. It was like having the flu only without the fever or any actual sickness. I eventually realised that a lot of the symptoms pointed to Seasonal Affected Disorder. Yes folks, I haz the sad.

After lots of great advice from my twitter friends, I tried two things: Berocca and an SAD light.

Berocca is basically Vitamin B, Vitamin C, magnesium, calcium, and zinc wrapped up in a little effervescent tablet which makes a passable orange drink. I think that without a doubt the Berocca has a huge effect on my mood and energy levels. I’ve been giggling for no apparent reason in the mornings and I’m much happier despite suffering through a cold this week. Highly recommended!

I bought a reconditioned Lumie Brightspark which has a fairly large light area but doesn’t take up much space on the desk because it stands vertically. First thing: this thing is bright!. It’s bright enough to scare little children ;-) 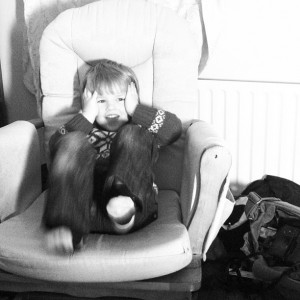 It’s bright enough that when you turn it on, it drowns out all other light sources including the main room light, an uplighter and the ambient window light… and that’s a problem. Although it is giving me the daylight I need for my brain to say “Morning! Time to wake up and hunt something!” it is highly reminiscent of coding at 2am by the singular glow of a desklamp.

Initially I had the lamp positioned in front of me at a 45° angle but this cast really strong shadows across the desk & laptop. Then I moved it to be at a 90° angle to the laptop and just within my peripheral vision. This was much better although I noticed I’d subconsciously try to shield my eyes from it after a hour or so. One other thing: it’s worth turning up the brightness of your monitor to match to brightness of the lamp otherwise it’s like peering inside on a sunny day.

My next idea was to try to balance the light in the room (perhaps it’s because I’m a photographer but having the single light source and shadows began to annoy me). So I switched my office space around so the desk was facing the window. It’s not the brightest window (North-facing, in Ireland) but having the window at 45° left and the lamp at 45° right really helps to balance everything. The lamp is also now 6" above the desk so it throws more light down on the desk. 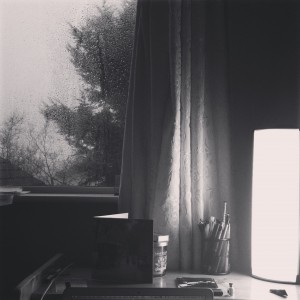 It might sound like I’m a little disappointed by the lamp. I’m not. If I’ve been using it for a short while, I’m really reluctant to switch it off; and if I leave the room I feel like the landing is the deepest darkest cave in comparison (it has a skylight!). I feel an instant lift when I walk back into the office to the bright white light. It sounds daft and hippyish but I definitely feel happier with the light on. I’m not sure if the effects carry on through the rest of the day but I’ll definitely continue using it.