How to Build a Raspberry Pi Camera Trap 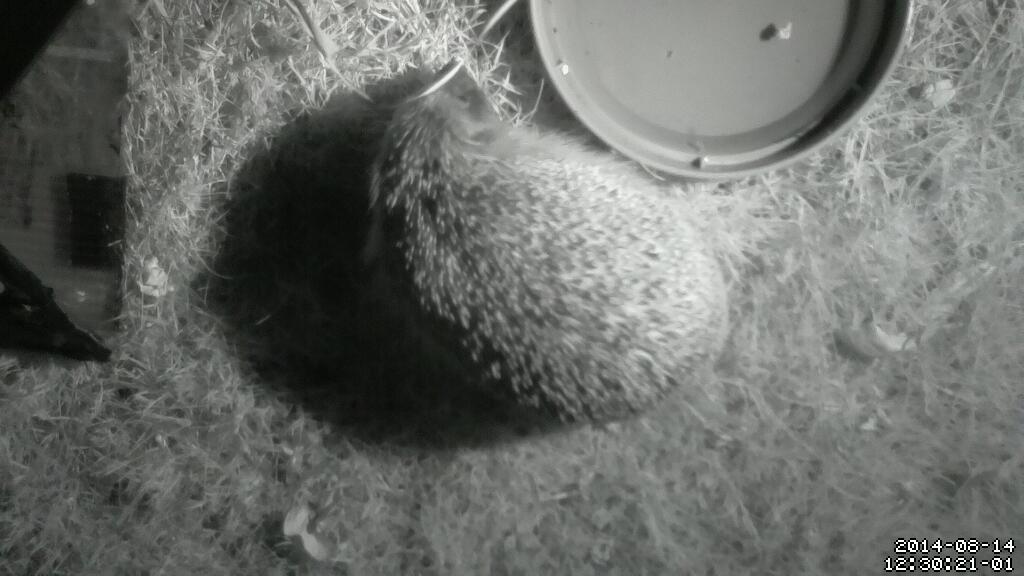 I started with a low-tech footprint tunnel to get proof of our local hedgehogs but that was never going to be enough. I had a Raspberry Pi sitting in a drawer that wasn’t getting much love so, after a little googling a Raspberry Pi Camera Trap, aka a ‘PiTrap’, was born.

The idea is to put a Raspberry Pi in a waterproof enclosure, use the NoIR picam (which let’s in infra-red light) and use a cheap IR lamp to light the scene. Then we can use the motion application to take photos / videos only when there’s movement in the scene 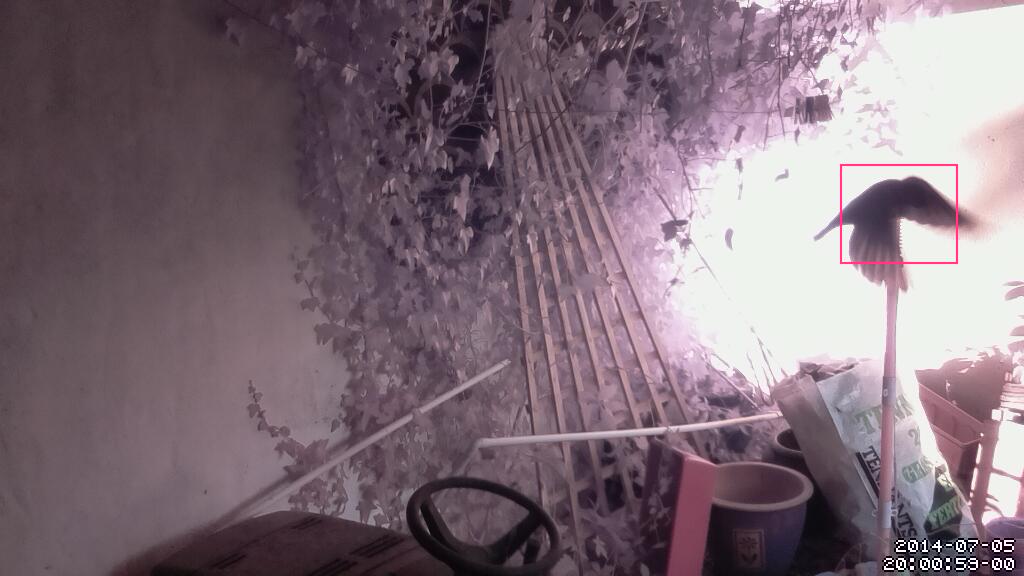 The Drybox was probably the most expensive part of this setup but you can probably hack together a cheaper alternative. It’s pretty neat though because I can put all the electronics safely in there and the picam sits neatly under the lid sheltered from any rain. Having said that, I don’t use it if I know we’re expecting heavy rain. 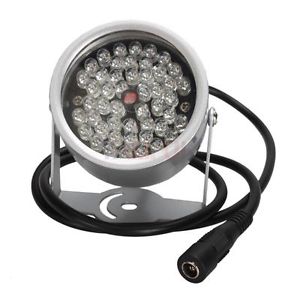 I just grabbed a cheap IR lamp from eBay for about €6. It doesn’t come with a power source though so you’ll need to find a suitable one. I used an old power supply from a battery charger that had the requisite 12V/1W and appropriate connector.

Put all the ingredients in the box and stir.

I found that the flat camera cable fitted perfectly through the Drybox slot and I just mounted the picam under the lid with some Blu-tack. If you have a longer cable you could mount the camera in a different position. Then you can position the box near some food or water. I’ve even started mounting it on a fence. 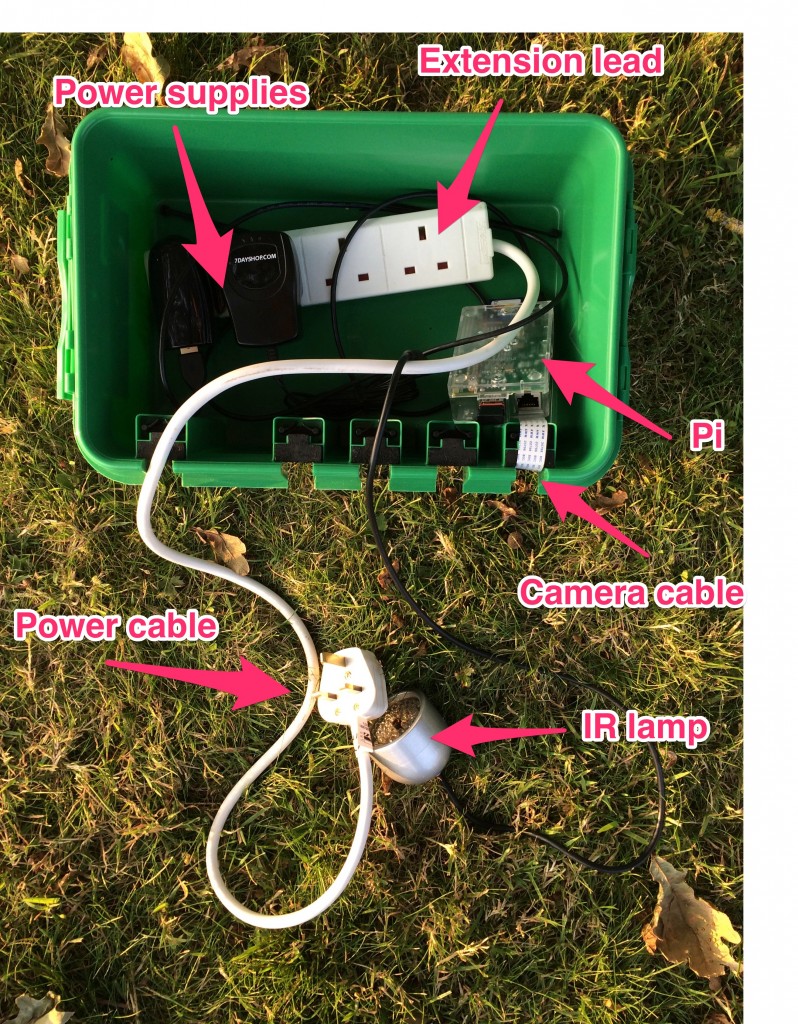 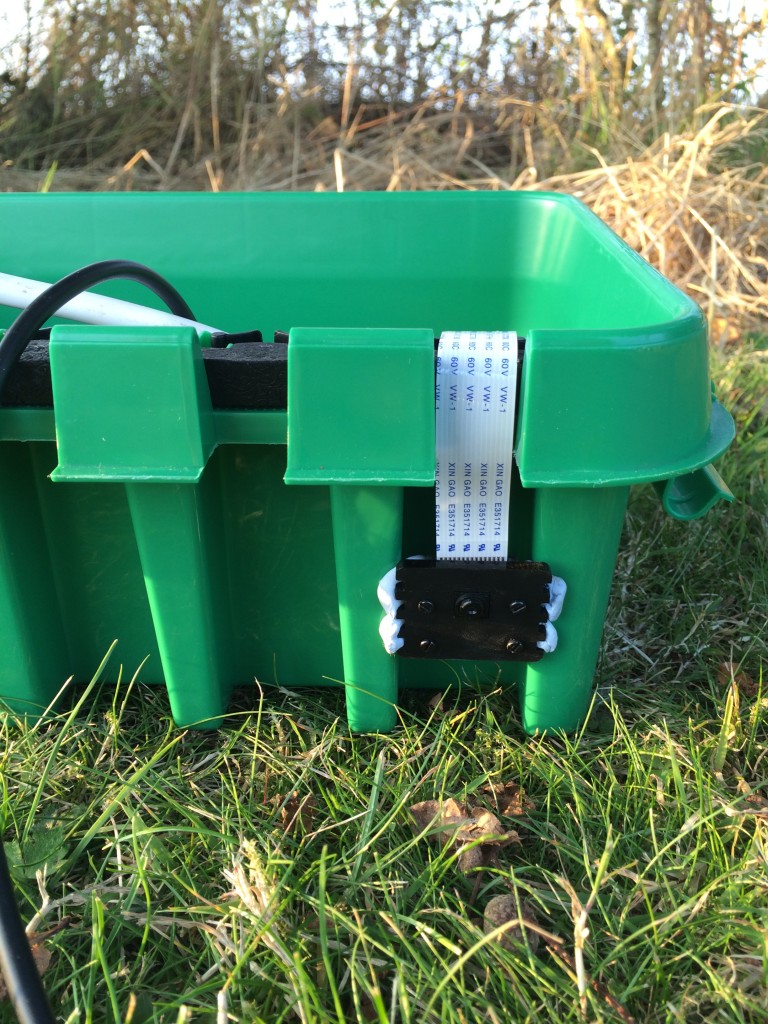 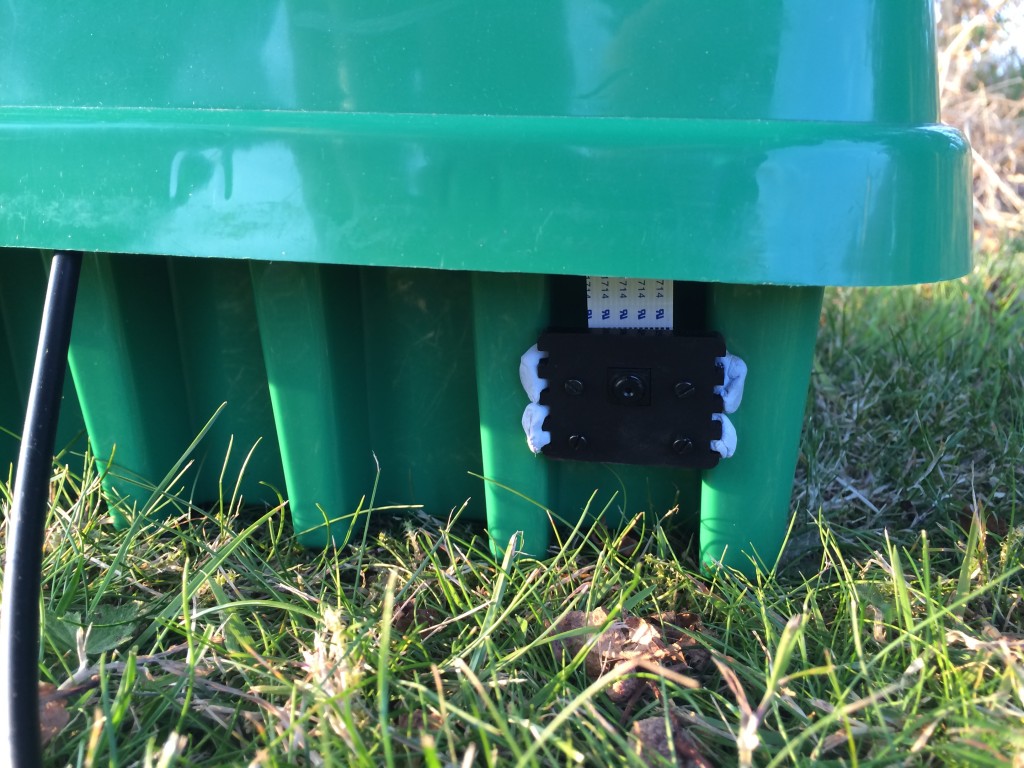 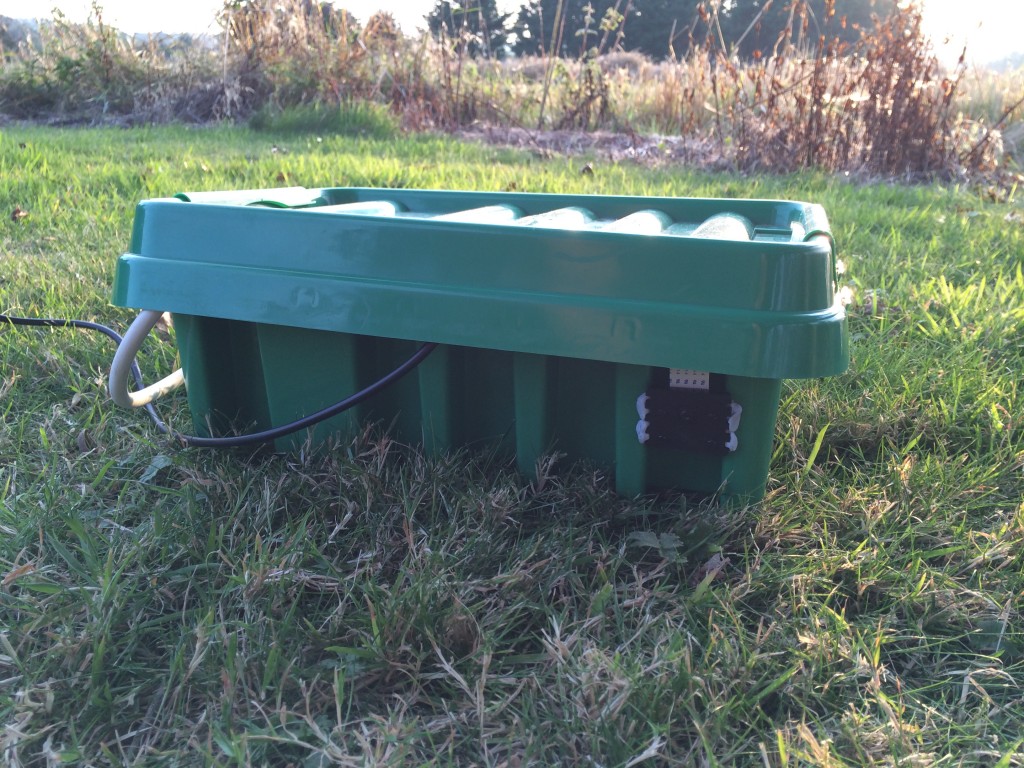 Next, we need to make the hardware do something. I’ll assume you have Raspian already installed (if not, do it now)

First, we need to install motion but the default motion package isn’t compatible with the Raspberry Pi camera. Install the dependancies:

Then grab the patched motion app from here

You can run it like this by supplying a configuration file

The configuration file that I use is here.

Here’s a couple of things that I changed:

Next we need to make motion auto-start when the pi is turned on.

If everything is working correctly, operation is as simple as plugging it in and walking away. Getting the images off is as simple as using rsync or scp. The IR camera gives a distinct ‘pinkish’ hue in daylight so it’s probably best just to convert them to Black & White. 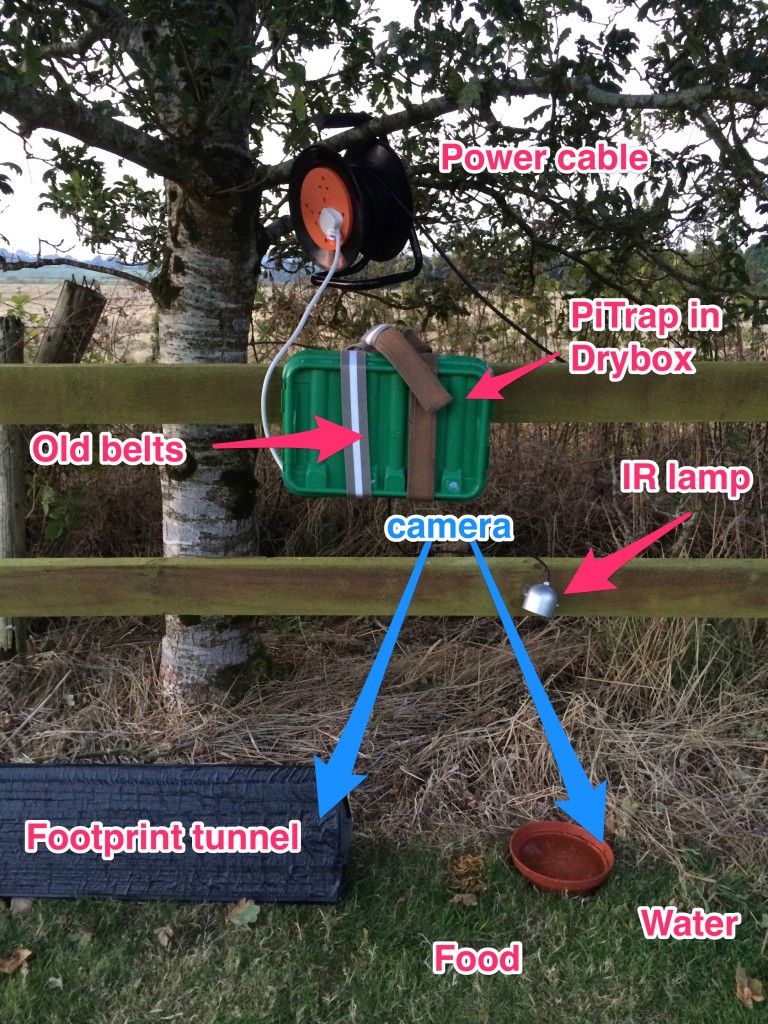 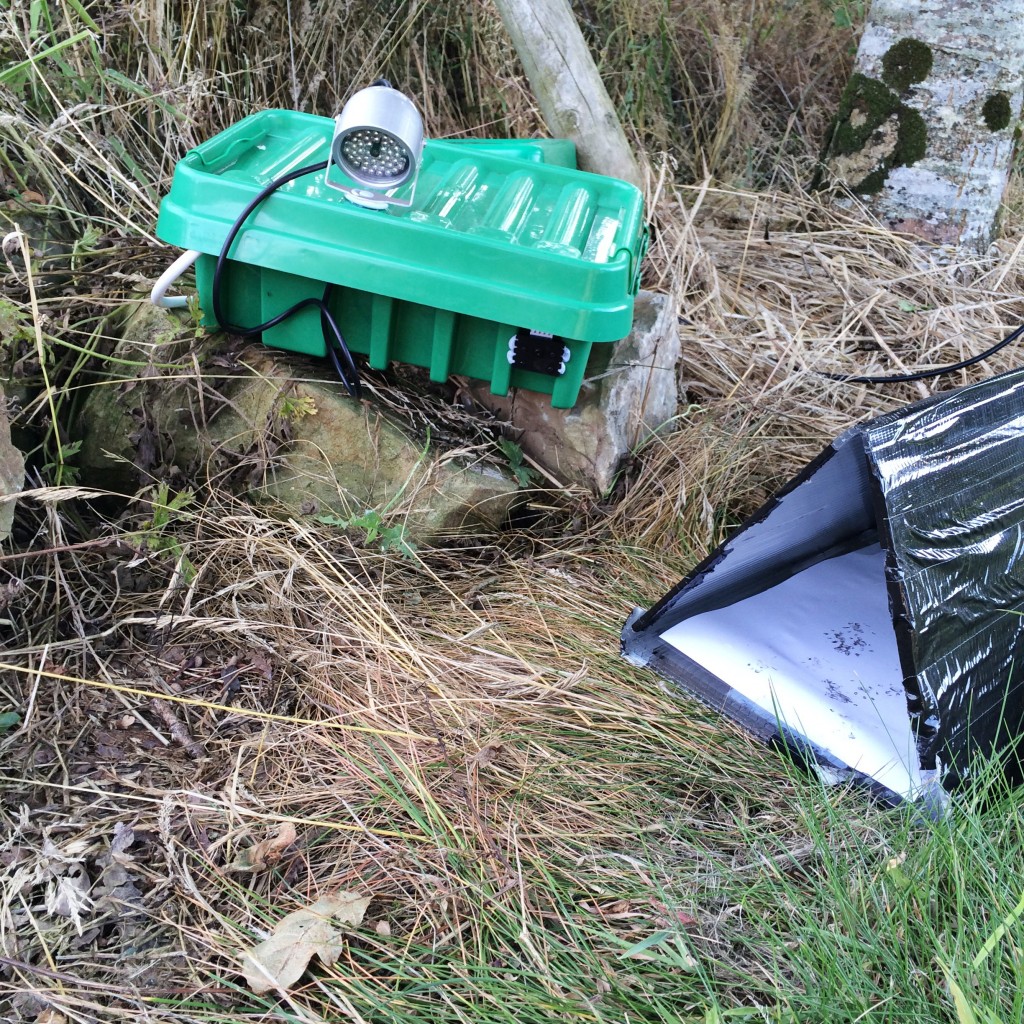 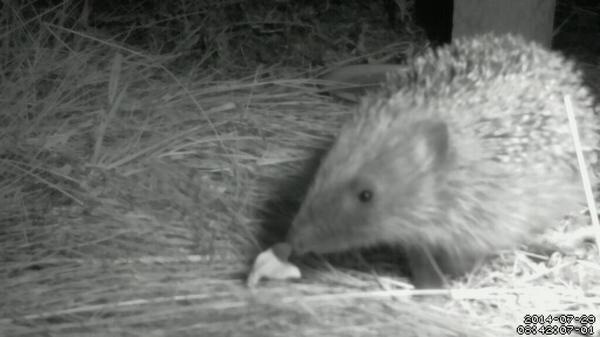 And there it is again 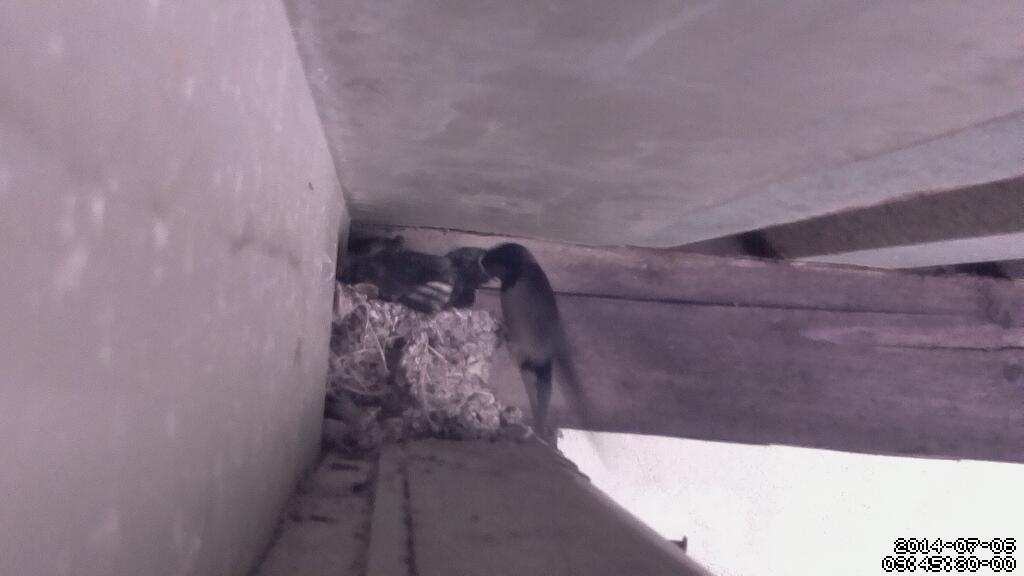 Sometimes it can be difficult to figure out if the motion capture is really working because it can be very sensitive. I found it helpful to turn on locate_motion_mode and set locate_motion_style redbox so that a line will be drawn around the area of movement. 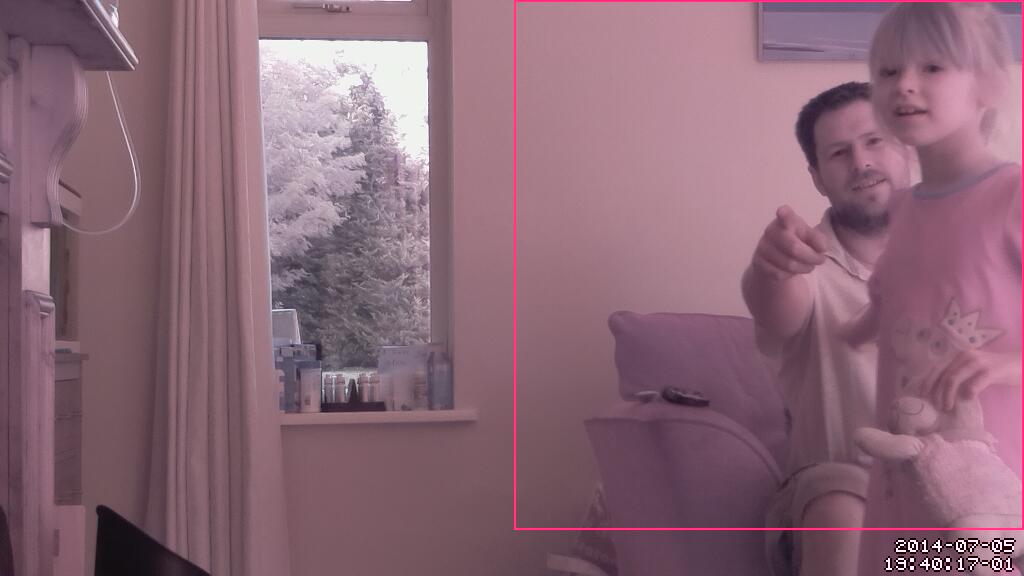