The Ruby in Rails 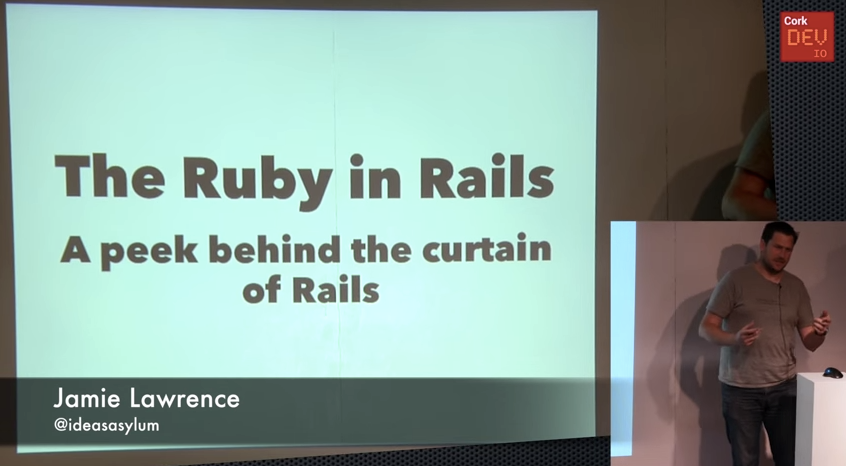 Back in August I did a short talk at Corkdev about the features of Ruby that make Rails so easy to work with.

The aim was to show off Rails to a general tech audience but without being all preachy about it. So instead I flew through the actual Rails stuff and then looked at some of the magic behind it. Hopefully people came away more interested in both Ruby (and Ruby-like languages) and Rails (and Rails-like frameworks), and I got lots of positive feedback so perhaps my plan worked ;-)

The video and slides are embedded below. Thanks to CorkDev for organising, hosting and filming the event.

Aside: I took a few liberties, glossed over some edge cases and basically simplified things for a non-Ruby audience.

Aside aside: I used the excellent Deskset for the slides and it’s been the first time I’ve ever enjoyed putting together a code-heavy presentation