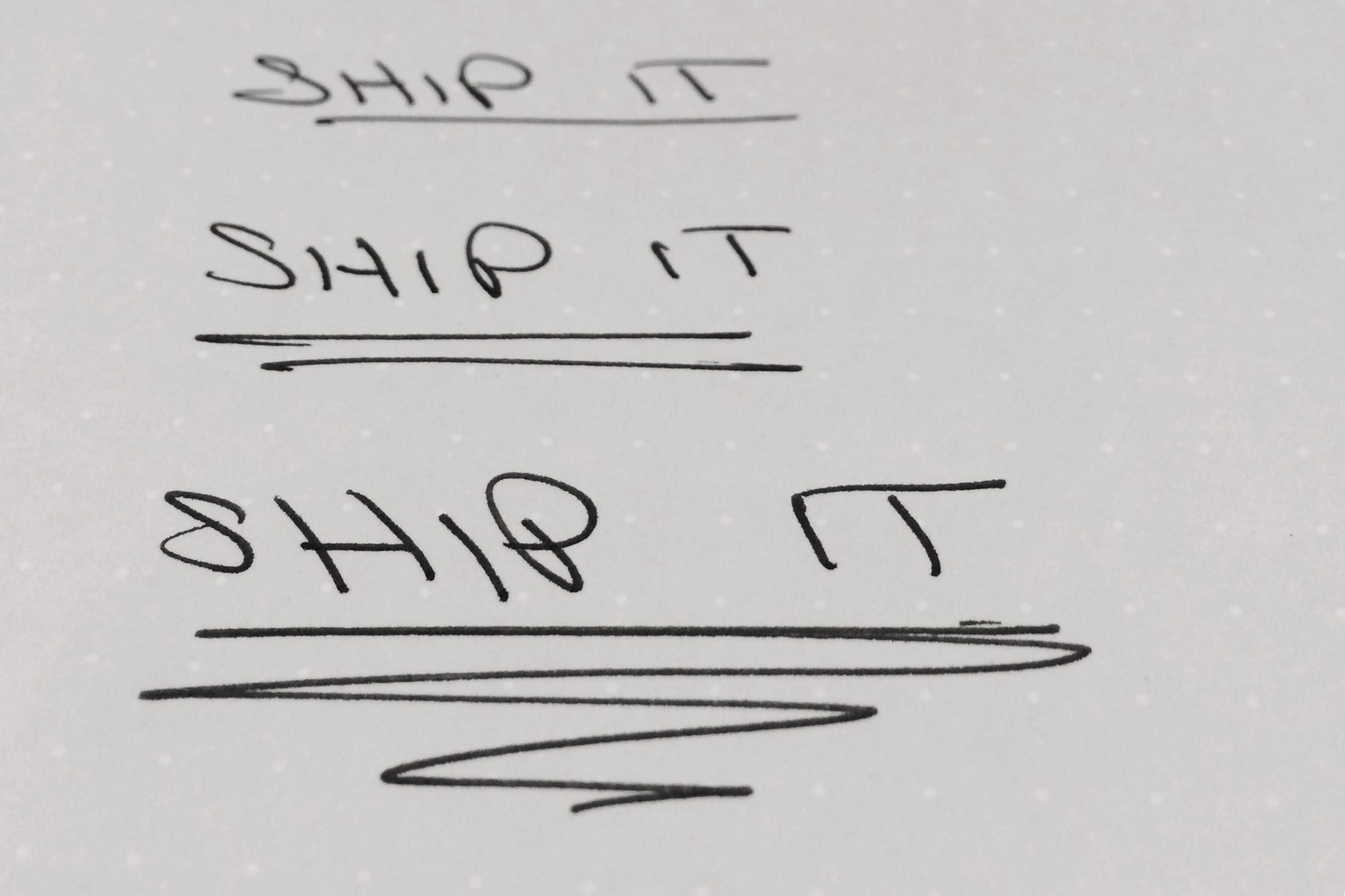 So I started wondering, what had changed between last year and this year?

The speakers were excellent on both occasions; the talks were both a perfect blend of actionable and motivational; and the venues were both equally as good. What had changed? Last year I met lots of people I’d never met before, a few I’d tenuously known online and a few of the “famous” names. But basically each time I sat down at a table, I was meeting new people and introducing myself over again. This time, I already knew a good group of 10-12 people so conversations flowed quicker. There was less introductions. More in-depth discussions.

Don’t get me wrong, there’s was still plenty of introductions going on but I also got more in-depth discussions too. And people I knew introduced me to people I didn’t. The whole social aspect just flowed a little smoother.

An aside about Conference Communities

I came back from Prague last year with the realisation that I had “found my people”: people I like, respect, want to be more like, want to learn from, etc. People whose company I enjoyed immensely.

I had the opposite reaction at HybridConf this year. It was my first HybridConf and I didn’t really know anyone. I didn’t follow the organisers on Twitter. I didn’t know all but one of the speakers. I was coming into HybridConf blind. As the dates approached, I wasn’t sure I would even go to the conference because I wasn’t sure what I’d get out of it.

And sure enough, I didn’t feel like I belonged at HybridConf — I didn’t get the jokes; I didn’t recognise the references to past conferences; I didn’t cheer wildly when a man I’d never heard of (Aaron Draplin — he was awesome) took to the stage. I felt left out, even though I could see how inclusive the conference was trying to be.

However, I realised there were people at HybridConf having the same experience I’d had at my first Microconf. They’d found their people. They were throughly, totally, overwhelmed by the sense of belonging. But I didn’t feel like that.

I realised there were people at Microconf having the same experience I had at HybridConf. They felt like maybe they didn’t belong.

So, towards the end, I did try to talk to many of the first-timers and bear in mind that they might not have listened to that episode of Startups for the Rest of Us a few months ago. They might be coming to this community with a totally blank slate.

It’s amazing to be part of the Microconf community. It’s so pleasantly bewildering to me that I can make 3 attempts to leave the Sunday night reception and each time be stopped by someone I knew personally who wanted to talk to me. It’s thrilling to have that sense of community.

But with a sense of community, comes a sense of exclusion for others. It’s not intentional but it’s almost by definition. What binds a community together (language, cultural references, shared interests and past experiences) are often the things that makes others feel excluded. It’s definitely something to watch out for. This year Rob & Mike (so as not to be exclusionary, they’re the conference organisers) had a space on the name badges where you could write how many Microconfs you’d been to. This certainly made it easier to glance down and set the tone appropriately.

If you’re thinking of attending a new conference next year, I think you can also make things easier on yourself so you get the best experience. Most importantly, search Twitter for this year’s hashtag and follow every person that tweets about it. Follow all the speakers. Follow the organisers. Subscribe to their newsletter and their podcasts. Follow the people they retweet. Engage with them over the next 6-12 months. By the time you get to the conference, you’ll find it easier to navigate the conference social network, and introducing yourself will easier if you’ve already had some online interactions.

Ok, apologies for the interlude of pop-sociology. Here’s how my Microconf experience panned out.

It all started at midnight on Saturday when I finally had myself packed and calm enough to go to sleep. Then up at 4am for the one and only flight from Cork to Barcelona. Urgh. I am not a morning person.

I met Ant on the flight and it was like only yesterday that we’d taken the flight back from Prague. 10months flies so fast. Arriving at the hotel in Barcelona, I immediately met Christoph and a few other Microconf’ers. We had the most ludicrously-priced breakfast which also marked the real start of Microconf: introducing myself.

What am I working on?

Ok, so I’m back working for myself since the start of the year. That’s a start. I’m consulting again — development work for early stage startups.

But what am I working on? What answer do I want to be giving at next year’s Microconf?

For me, I want to move away from early-stage startups in search of people with more “expensive problems”.

Not the best pitch but it’s what I’ve been thinking about. Over the breakfast table, Peldi asked some very pointed questions: Did I like the people? Am I in love with the problem? Or is it just convenient?

Great questions! And I can’t remember what I said but my mind immediately began searching for better answers. It’s weeks later now and I think I finally have them.

Unfortunately my room wasn’t ready so I hung around the lobby for most of the day (a stupid mistake I regret because I could have had lunch with the Product People Club, or beers with friends).

Chris popped down and we talked freelancing & tech for a while. It’s always interesting to talk to other freelancers about what they’re working on, the clients they work for and how they go about their business. That kinda set the tone for Sunday night: getting a lot of geeky talk about Rails, consulting, Elixir etc out of systems.

Everyone, and I mean everyone, at Microconf admits that the most valuable part of the conference was “the hallway track” — talking to the other attendees in between the actual talks. This even led to a few people commenting, “why do they even bother with presentations. Don’t they know we just want to talk to each other?”. Well, yes but I’ll push back.

The hallway track is great but there aren’t many extraverts at Microconf. Talking is exhausting work and the talks provide a buffer between those intense periods of networking. The talks also provide a great conversation starter & shared experience. Microconf is already a very hallway track-friendly conference with relatively long breaks, and not too many talks squashed into the programme.

And let’s not diminish the speakers themselves! I won’t highlight them all here but some of the talks really resonated with me. There are much better notes taken by Christoph

The conference kicked off with Justin Jackson talking about Marketing for Developers. It was packed with some great tactical marketing strategies which I hadn’t considered before. It was great to pick an example product from the audience so apply his examples to. Also: Iron Maiden!

It was great to finally meet the exuberant Justin having known him online for a while.

Brian Casel talked about “Productised Consulting” which is the direction I’m heading in. I’d love to run a pure SaaS business but I’m not going to pretend that I can beat the long, slow, SaaS ramp of death — my kids will starve and our family will be evicted long before I could make a SaaS app generate enough income. It was great that Brian opened his talk by addressing this common situation and positioned productised consulting as an antidote because there’s “revenue and results from day one”

Brian talked about “Software with a Service” (SwaS) which is a software product with a done-for-you service component. For example, marketing automation software with all you marketing emails written & tested for you. It’s something I’m really interested in though I was calling it “Software-assisted Service” but SaS doesn’t sound any different to SaaS so Brian’s acronym wins! The core revelation with SwaS is that “you don’t need to own the tool”! Why not just use an existing tool and wrap your service around it.

Peldi gave the most heart-felt, honest and engaging talk of the conference. It’s tempting to think that building a profitable business is the end of the struggles but, in fact, it’s just the start of different struggles. Peldi is a reluctant CEO but, also comes across as one of the best, possibly because he struggles with the responsibility his growing company demands of him. He stressed loving what you do, your customers and the problem you’re solving — echoing the questions he’d asked me on Sunday morning.

And the “Peldi Test”, in case you’re ever asked, is: “Do you love what you do? Solve a problem you enjoy, for customers you like”

Patrick talked about levelling-up. For me, the most interesting part of his talk was his never-launched productised consulting offering (can you spot a theme?)

As I said, the ‘hallway track’ is always one of the most valuable parts of Microconf. It’s great to meet other people doing what I do, going where I want to go, or already doing what I want to do.

One thing that stood out was the multitude and variety of business that people run. There really isn’t a niche that can’t support a small business: a mergers & acquisitions database, software to create timelines, cost-of-living reports, a CRM for real-estate agents, and so on.

The best part for me was how much my complicated product idea became simplified with each conversation. Each time I introduced my product direction, I took on board what others had said previously and the concept became more and more refined… until 2am when I’d crawl into bed, turn the lights off, and then spring out of bed 5 mins later to spend 15mins writing notes & brainstorming. And then the cycle started over again the next day. I’m still teasing out ideas and tasks from those pages now.

Before I’d arrived in Barcelona, I had decided that I would not be attending Microconf Europe 2016 unless my circumstances had changed. It’s too easy to go to these conferences, listen to actionable talks, meet the best people, have the most amazing conversations… and then do it all against 12months later without actually doing anything in the intervening year. I want to avoid that.

Firstly, I think it’s time to start a mastermind group. There’s a lot of people in a similar situation to me (working for themselves, freelancing/consulting and wanting to get into a product) and I can see the benefit in having a regular meeting to make sure we’re all moving forward, swap ideas, criticise, encourage, and cheer each other on.

And then I have some very specific goals to hit for next year or I’m not coming back. I’m not going to talk about those goals publicly but several people know what they are.