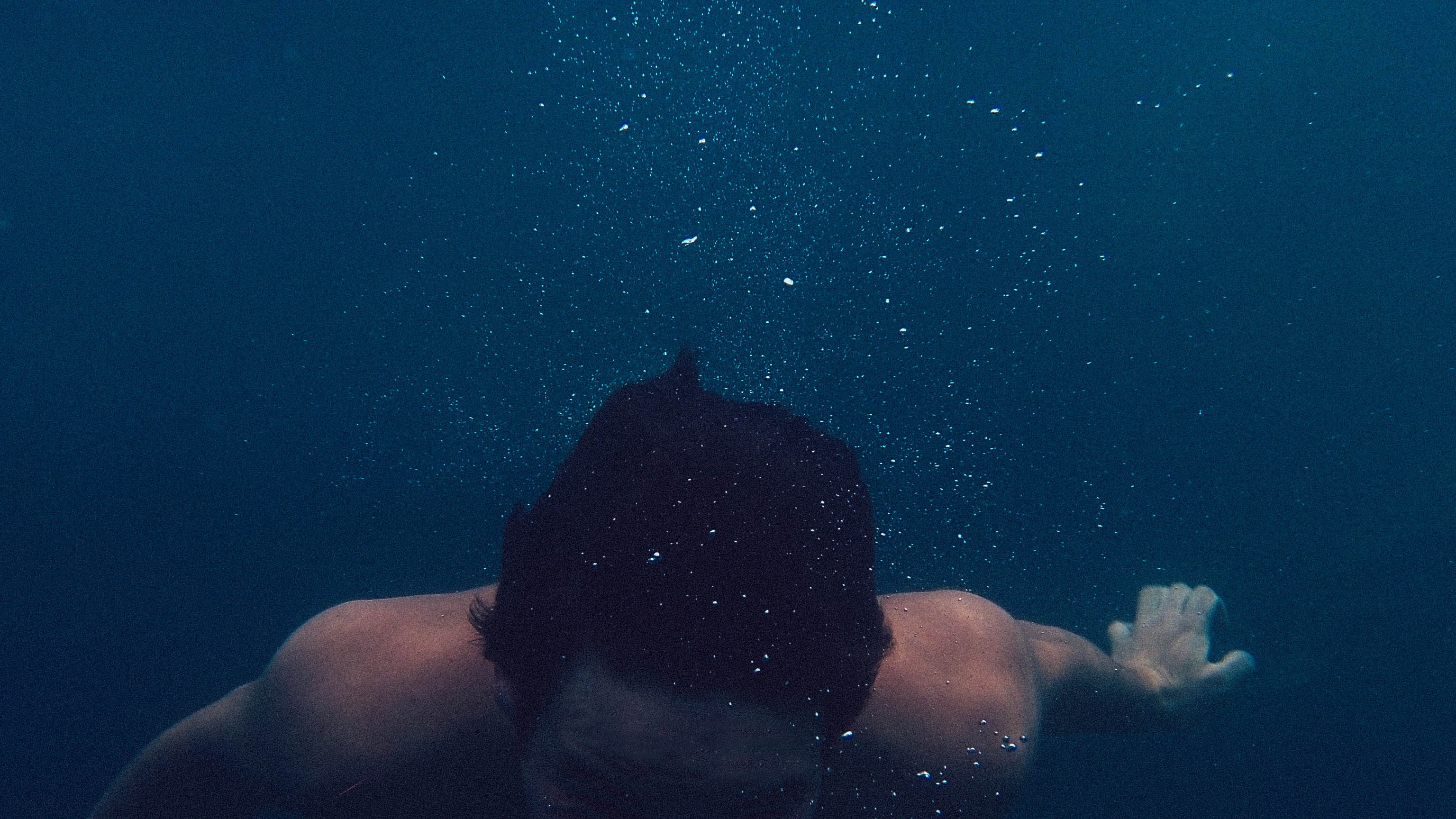 I reached the end of the pool, finishing another 200m interval, and was taking a quick breather and a drink, before setting off again.

“Hi”, said the girl in the other lane. “Do you mind if I ask you a question?”

“What’s the one thing someone just starting out swimming needs to know? You know, to be able to swim for longer. Without resting”

I’m not a swim coach but I’ve been doing this for a few years so I’ve got some opinions that are not entirely uneducated.

“Oh, yeah I can do that. I think I’ve got that sorted. Is there something else?”

I’d seen her swim one, maybe two, lengths at a time — and this is a piddly little 20m pool. Then she’d take a breather for about twice as long as she’d swam for. She was probably in her 30’s, and looked fit enough compared to the rotund 60 year olds that often drift up and down the lanes. Her stroke was rough as you’d expect from a beginner, and too fast, almost panicky, but she should have been capable of swimming more than a length at a time.

Breathing is important in swimming.

Well, it’s important in everything but you rarely have to think about breathing when you’re driving, running, cooking dinner, sleeping, or watching TV because the air is just there to breathe.

When you’re swimming, your head is in the water for the majority of the time, with just brief opportunities to turn your head and breath in. Breathe in. You only need to inhale when your head is out of the water, the rest of the time you can be exhaling. A long continuous exhale as your face in submerged, a quick breath in as you rotate, and straight back to exhaling.

The theory is simple but it takes a bit of practice and an awful lot of getting comfortable in the water. You need to feel really comfortable letting go of your air because holding your breath makes you panic.

I’d have put money that her number one problem right then was her breathing: Holding her breath, not exhaling underwater, trying to inhale and exhale as she turned her head, only breathing to one side, breathing too frequently. There’s at least 5 different things to learn there.

I’ve had to learn all this myself — and not 30 years ago as a kid, but in the last few years when I returned to swim “properly”. I’ve seen my wife go through the same thing as she’s gone from “terrified of water” to “swam a mile last week”. I’ve shown my kids the same thing to help them swim more continuously.

So, here we have a new swimmer recognising that this swimming malarkey might be a bit difficult. And she’s asking the guy that’s been swimming continuously since before she got into the pool (and was still swimming when she left), what was the one thing she could do to improve her ability to swim further. It’s fair to say she recognised that she needed some advice and I was a person that could help her.

So I don’t mean to pick on this lady who was nice, and trying to improve her swimming, which I whole-heartedly encourage in everyone. I just hear these questions a lot and she happens to be the most recent example.

I persisted a bit with the breathing angle but she looked skeptical so I ended with a few pointers to websites that I knew would first tackle her breathing issue.

Why is it always just one thing?

Why it is always assumed that this complex skill can be adequately summarised into “this one weird trick you’re never going to believe”?

I hear the one thing question, over and over again, in every facet of life.

“What’s the one thing I can do to get more users?”

“What’s the one thing I can do to reduce our technical debt?”

“What’s the one thing I can do to be a better developer?”

“What’s the one thing I need to attract developers?”

“What’s the one thing I need to know before having kids?”

If I’m being generous, perhaps these people are trying not to bother me too much. Out of concern for my time they’re just asking for one piece of advice.

Except they’re not being nice.

No, the other thing

What happens when you dispense your one thing of wisdom to them, based on your years of experience and serious consideration of their situation?

Do they thank you, beam with delight, and head off into the sunset to implement this new strategy?

No, now they want to argue with you.

“I know how to breathe”

“I know how to test my code”

“I’ve already talked to some customers”

Thirty seconds earlier they recognised you as the expert; recognised that you understood something they needed to learn. Now they think they know better.

I don’t know what they want to hear.

Was I joking? Am I hiding the true one thing from them?

Do we need the secret handshake before I can reveal the real one thing?

“Yeah, sorry, I was joking about the breathing and the hours of weekly practice. Just splice some fish DNA into your body and shove an outboard motor up your arse and you’ll be swimming just like me!”

They’ve probably heard the one thing before and decided it’s too hard. Or it doesn’t suit them. Or they can skip it.

Breathing, really! As if that has anything to do with anything!

Perhaps they’ve tried the one thing and it hasn’t worked. But maybe they were doing it wrong. Glossing over the surface and paying lip-service to what the one thing is about.

They are the special snowflake.

I had some time to reflect on the one thing during my subsequent swims. It’s the wrong question to ask. It asks the wrong thing. And it sets the wrong expectations.

I think the right question to ask is:

What’s the next thing I should do?

It recognises that this is a process. It asks what that next step might be. It doesn’t close the doors on there being anything else to learn. You’re not asking them to reduce a complex skills into one simple thing. You’re just asking for the next step on the road.

So when you catch yourself asking someone about the one thing and instead ask them about the next thing.